In October 1997 representatives of over twenty European critical care nursing associations met in Rotterdam to discuss the possibility of setting up a federation of critical care nurses. At this first meeting, the broad aims and objectives of a European Federation were established. Two further meetings, in Stockholm and Zagreb, further developed and refined the purpose of the Federation, and established its founding principles of equity and collaboration.
The British Association of Critical Care Nurses (BACCN) is one of the founding member associations of EfCCNa, and has played an instrumental role in its progress and development.

Since its inception, the motives of the Federation have been to promote equity and collaboration, which is captured in its guiding slogan: Working Together - Achieving More. Twenty two associations from 22 European countries were now members of EfCCNa.
At the autumn meeting in Cambridge 2004 it was decided to make the necessary changes in the constitution and elect board of officers.
At the spring meeting in Slovenia in April 2005, EfCCNa elected to have a new Board to manage the affairs of the Federation and continue to build on the successes of previous pioneers who had the vision of developing a critical care community who would share a common ideology and purpose. The new board consisted of a president, vice-president, secretary, treasurer and a board-member.

At the meeting a profile of the board of officers and the representative was presented and agreed upon.

The Group of Founding Members in Berlin 1999 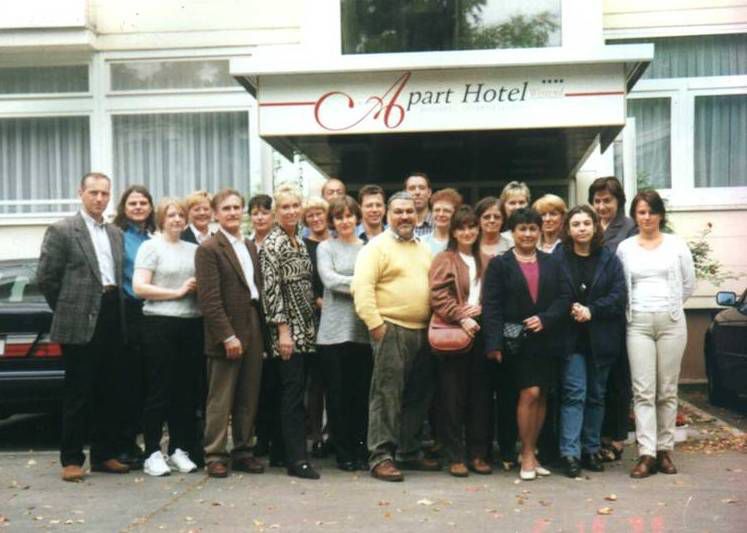 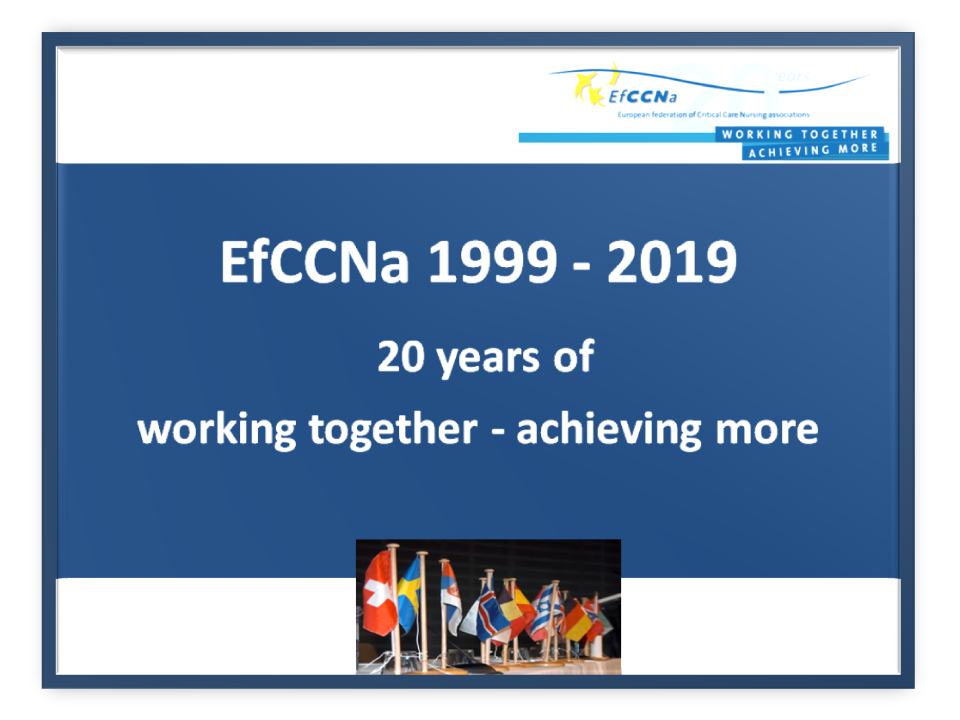 During the 8th EfCCNa Congress in Ljubljana, Slovenia.

Are you interested in the latest news of the European federation of Critical Care Nursing associations? Please register here for our newsletter!